Obama signs into law the horrific practice of horse slaughter!

Only days ago it became law to allow the return of the violent slaughter of horses within the USA. (See links to several news articles within this post.)

How is it that it took only three congress people to push this wreched law through. And the president, who was out of the country at the time, quickly signed the bill by “auto pen” to fast track the bill into law.

One question that comes to mind: What’s the big rush to get this bill signed into law, that it couldn’t wait a few days till obama returns from his trip. They (Congress) have been sitting on dozens of other, urgent matters, holding them over year after year, and not making a bit of progress. Yet, they rushed this bill through that would escalate the torturous murder done against our friends, the horses of America. It is estimated that soon there will be upward of 300,000 horses brutally killed each year in slaughter houses across the USA.

As posted in the “Howling for Justice” article “Thanks to Obama and Congress, Horse Slaughter is Again Legal in the US”:

“In a bipartisan effort, the House of Representatives and the United States Senate approved the Conference Committee report on spending bill H2112, which among other things, funds the United States Department of Agriculture.  On November 18th, as the country was celebrating Thanksgiving, President Obama signed a law, allowing Americans to kill and eat horses. Essentially, one turkey was pardoned in the presence of worldwide media while in the shadows, buried under pages of fiscal regulation, millions of horses were sentenced to death.”

Friends, I have news for you: There is nothing sane or humane about the all-out war being waged against the horses of America. The question haunts me daily: “WHY is this happening?  And WHY would anyone want to deliberately destroy these beautiful living beings. I just can’t figure out why! 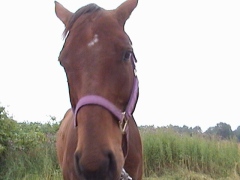 In the article on Technorati “Obama Legalizes Horse Slaughter for Human Consumption”:

“… as the country was celebrating Thanksgiving, President Obama signed a law,  allowing Americans to kill and eat horses. Essentially, one turkey was pardoned  in the presence of worldwide media while in the shadows, buried under pages of  fiscal regulation, millions of horses were sentenced to death.”
Read more:  http://technorati.com/lifestyle/article/obama-legalizes-horse-slaughter-for-human/#ixzz1fSlTXyrP

What must we do? Here are some ways to help stop the senseless slaughter.

Letters, emails, postcards, phone calls, FAX, occupy, whatever it takes to make a difference for good, and stop the insanity that would otherwise wipe out millions of innocent living beings, in the most horrific and brutal way.

Nothing short of victory for the horses will be acceptable. Nothing less than stopping the insanity of slaughter and shipping to slaughter of the horses. And nothing less than stopping the insanity of the roundup and removal of the wild horses and burros from their freedom in the wild. We can’t stop or slow our pace, or the evil plot against the very icons of freedom will be gone in short order.

In the article on Straight From The Horses Heart, “For the Horses – Occupy Obama’s Fax and Phone line” letter to the president:

Will you listen to the majority in this country or to very small group of people who make money from the sale of horse flesh? Do you care that American horses are filled with drugs that make them unsafe for human consumption? Do you realize the absolute horror equine go through on the road to slaughter?

This is no time to be faint of heart. We must upgrade our urgent appeal to the president and to congress. Email, mail post cards, phone, and Fax and never, never, NEVER give up until horse slaughter in the USA and the transport of American horses to out-of-country slaughter houses is banned.

**How to help STOP the slaughter of millions of American horses: CLICK HERE to view the Action Plan page.